In terms of coolness, the only instrument that rivals the electric guitar for coolness is an old synthesizer like the Minimoog. One new synth, however, takes its inspiration from another piece of retro technology: arcade games.

The Pianocade is a synth that has arcade game buttons  and a joystick instead of the usual piano-style keys. The one-octave version sells for $250, and the two-octave version sells for $75 more. The synth comes with an arpeggiator, which lets you play patterns of notes repeatedly. Bet you wish you had that in the arcade. It also works with MIDI, so it can control other electronic instruments and music software can control it in return. 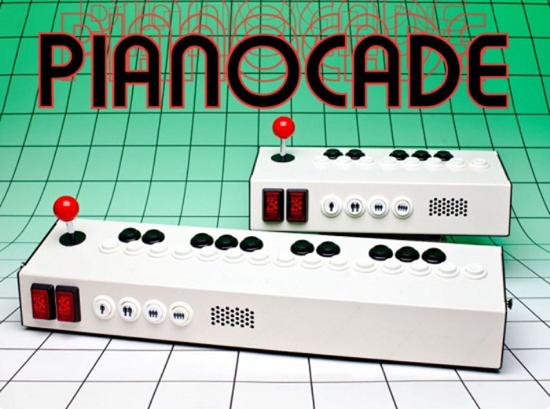 Here’s a video that shows how it works (and sounds).