Presented as a proof-of-concept in early 2015, the Loon Copter multi-rotor platform is now at its third prototype, and along with other 9 UAVs it is taking part in the semifinals of the 2016 Drones for Good competition.

Developed by a Oakland University team of researchers comprised of Dr. Osamah Rawashdeh, Sean Simpson, Hamzeh Alzubi, Iyad Mansour and several other friends who have helped in various ways, the Loon Copter amazes with its amphibious capabilities, as it is able to fly, float on water and dive underwater. Design aside, one could say that this shares quite a lot of features with the Loon duck it took its name from. Much like the duck, the Loon Copter can take to the skies in order to have an ampler view of what’s beneath it. In case there is something that needs to be analyzed from a closer distance, the drone can easily land on water. For an even closer inspection, the Loon Copter starts pumping water into the buoyancy chamber, and as a result of this, it sinks underwater. “We are looking into acoustic modems, repeater buoys, and some other techniques that could allow streaming of live video for operator feedback as well as data and control commands,” explained lead scientist Dr. Osamah in an interview with Gizmag. “For open-water applications, we can have the vehicle dive at predefined GPS points to various depths autonomously and follow some pre-programmed movement patters underwater to collect data or video footage.” Needless to say, the Loon Copter could be used for search-and-rescue missions that take place after diving, or even naval accidents. Other applications include underwater pipeline inspections, bridge foundation inspections, tracking of oil spills, and marine life studies. Getting the drone topside is quite easy, as all it takes is emptying the buoyancy chamber. The drone cannot dive at great depths, as the pressure would probably damage it. However, considering that this is the third iteration of the Loon Copter and there is still room for improvements, I’m firmly convinced that the team of researchers that came up with the concept will continue to work on it until there’s a version that can be marketed. “The Loon Copter can loiter on the surface of the water without energy usage,” he says. “It can also change and control depth with little power (no propeller use). Not having to use propellers to change depth or resurface also has an advantage when obstacles (e.g: structures or vegetation) are close to the drone. We can resurface without hitting any obstacles.” Assuming that it passes the semifinals, the Loon Copter amphibious drone is set to appear in the 2016 Drones for Good finals that will be held between February 4-6, 2016 in Dubai. The winning team will take home $1M, so this really isn’t a competition for amateurs. Anyone willing to vote for the Loon Copter is asked to do so on the Drones for Good website. 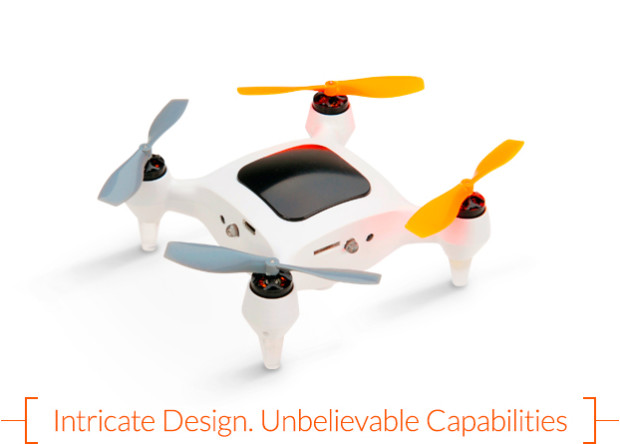