Roboni-i introduces the rise of Robotic Gaming and does so with a loud BANG, for it is an amazing interactive Robotic Toy that has so many possibilities with additional games, preferences and ways to grow.

We were briefly introduced to the Roboni-i back at CES 2010, where we were fortunate to get a short gist of what it is all about. Well, the short introduction didn’t really set us up for what an amazing and incredible Robotic game the Roboni-i really is, and we haven’t even scratched the surface. After being first introduced to the Robotic gadget, we were intrigued enough to want and get our hands on one, in order to see what a world awaits us. It was wonderful to discover that there is more to this RC toy than simply pressing buttons to move forwards, backwards, and turning the Big wheeled robot to its sides. The Roboni-i ended up impressing us much more than we expected and actually delivered an amazing time with many more upcoming days filled with this cool RC gadget. To begin, Roboni-i is an RC, Big Wheeled Robot vehicle that drives and responds as a Tank does, or for those that have never controlled an RC Tank (or driven a real one), it is somewhat similar to the Segway. The two main controls are for the right and left wheel, so if you want to go straight…both buttons must be pressed forward, same for backwards. For turning, each button is individually pressed to the degree of turning. Of course, as soon as we took it out, we followed the quick setup guide and had to try it out quickly and notice that it is not so easy, but then again…I think gamers, children, hobbyists and RC enthusiasts will have no problem whatsoever. I personally got the hang of it after only a few minutes, and I am certain it would only get better with each passing hour on the Roboni-i with many, many hours to come.

After a few minutes of trying to figure out the game, we realized that there is a lot more potential to the Roboni-i than just driving an RC gadget around; Boy, were we in for a treat?! Well, it isn’t just a Remote Controller vehicle, there is also a Base Station, Home STation, 3 different colored hubs, and a playing ball…all are connected by Infrared, as to react and require various actions and responsibilities during the game. The computer disc provided really hints at what kind of a life you can develop along with Roboni-i. After we updated the software and even firmware for the Robot (are you realizing how involved this hi tech toy is?), we were mesmerised by the introduction to the Robotic Game World, the possibilities and the immense interaction. First of all, besides being able to drive the Roboni-i around, you can use the actual Remote Control to play in the Online world Robotic Games, which interacts just like the Big Wheeled toy. What I mean is, as you are playing Online, what you see on the screen is as if you are the pilot/driver of the Roboni-i, the perspective is from your seat, and the controls react exactly like the real life Robot. This was just amazing, for it shows that you can have an Online life with Roboni-i and also an Offline one. This doesn’t include the multiple possibilities of playing Single Player games, Multiplayer games, and even Competitions (again..both Online and Offline). Roboni-i detailed and enormous world opened up with a fun and intriguing film that explains your place in the world of Roboni-i, providing a plot for the Online world. It continues to go into intricate details about the various games, personalized setting (such as changing the Roboni-i reflexes, response, and even personality), and even training. As for the latter, there are many games a player can choose from, but if you follow Robonica’s advice, you start with beginner games which truly require you to get the basics down and slowly advance, as to keep you occupied, train you to become a better player and also present the possibilities that you have. Without submerging our entire being in this immense world, we continued with the beginner game, called Colors. In this specific Roboni-i game, you follow the directions of the controller that instructs you to ‘pick up’ a specific color presented on the Remote by driving and stopping over it, and afterwards…drop it off ‘home’. As you continue, it begins to provide a different color, 2 colors and more, awaiting for you to perform the “mission”. This in fact provides driving practice, gets you highly involved and also grants a challenge by beginning to make time limits for the game…so you have a reason to get better (and you do!). Once you want to play a different game, you simply switch to a different game on the controller, and insert a different “playing card” in the remote, as to see what the lights will now represent. As further clarification, the remote (as pictured) has various Multicolored LEDs that represent a different thing in each game, in order to know what is what in the game, the accompanied cards are the guidelines. The end result after playing the Roboni-i, following the Disc and seeing the demos, is that the Roboni-i has tremndous potential and delivers so amazingly. It does deserve more than just a few minutes of tinkering, in order to really learn what are the possibilities, what are the requirements, and what else an individual can do with it. But I never believed I was a real tech savvy individual and with some patience, I was able to play along just fine…including really enjoying the time spent. Here I was expecting a regular RC gadget and was proven completely wrong with an entire world of games, abilities and advanced robotics. A true masterpiece of a gadget!

A few things we weren’t able to try was the Offline Multiplayer games, for we had only one Roboni-i and no local groups around us, so we could join in competition and group games. But based on the enormous videos at the Roboni-i Youtube Channel and the info of the Robotic Games, you could clearly see that there is something for everyone with the Roboni-i…Offline, Online, RC Gadgetry, Competitiveness and so much more. Bottom Line – after spending some time with it, we definitely fell in love with Roboni-i! 🙂

and includes the following:

Thank you very much for Sarah and Rebecca from Robonica for the opportunity to play with Roboni-i and Oded Babayoff for the help with the Review! 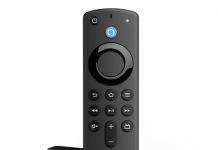 Unlocking the Full Potential of Your TV with the Amazon Fire TV Stick 4K: A Comprehensive Review