Just like we told you last year, Doctor Who LEGO sets are a reality, and here are the best ones we have found around the web for all the whovians in the house. Check them out in this special feature! Doctor Who has become quite the success and caught the geek world by storm in its latest couple of iterations. The LEGO team, who already have quite a reputation for creating quality sets based on all the things we geeks love have been working hard to provide the fans with the best quality figurines and playsets for all Whovians, so they can have some amazing props on display or to play with. We have been around the web looking for the coolest Doctor Who LEGO sets and we believe we have come up with the ultimate list of them, at the lowest prices and with the most iconic figurines. Check out our selection below these lines!

, for it not only includes the most popular Doctor (the eleventh) but also a very rich set with several characters and 665 pieces to play around with. This set costs $129.99 USD but is currently 8% off at just under $120 – while still rather on the expensive side, it’s the biggest, most detailed set and features all of the main characters which is always a plus. This is the perfect set to have on display on any geeky room. Despite the eleventh Doctor being our favorite, it’s not like we don’t feel anything for the twelfth, played by Capaldi. In the LEGO Ideas Doctor Who Building Kit

you will find the Doctor himself along with a TARDIS, the console room, Clara Oswald, two Daleks and a Weeping Angel you get to build. What’s more, if you still prefer the eleventh doctor, his figurine is also included so you get to pick your favorite lead. This set costs $59.99 and even comes with a booklet with trivia about the design and BBC television series Some people don’t really like the whole building aspect of LEGO but really love the figurines instead. It’s for them that this Dr. Who Level Pack inspired by Lego Dimensions

(the Sci-Fi themed LEGO video game) exists for. In this set you will find a twelfth Doctor Who figurine along with a TARDIS and K-9 all ready for display on your favorite shelf – all for $29.99. Best of all, it’s currently on sale and you can get it for 25% off at $22.49.

Doctor Who the Time of Angels Set The Doctor Who the Time of Angels Set

is an extremely rare and hard to find set that is not sold at retail locations and can only bought through the internet. It is so rare it’s become quite the collectors item, and despite it’s relatively low price point (just $19.50 USD) it is a set that inspires respect for the truly dedicated fan. Warning, though, despite the picture including the figurines, these do not come with the set itself and need to be bought separately. And speaking of getting figurines, here’s the Doctor Who TARDIS Mini Construction Playset

that comes with them. This set includes the eleventh Doctor Played By Matt Smith, the TARDIS and Amy Pond Figures, which perfectly complements the previous set. This officially licensed Doctor Who set costs $18.05, which is among the lowest price points we have seen for such cute, detailed figurines.

Be social! Follow Walyou on Facebook and Twitter, and read more related stories at LEGO Doctor Who Set Goes on Sale in December and 11 Creative & Useful Doctor Who Creations. 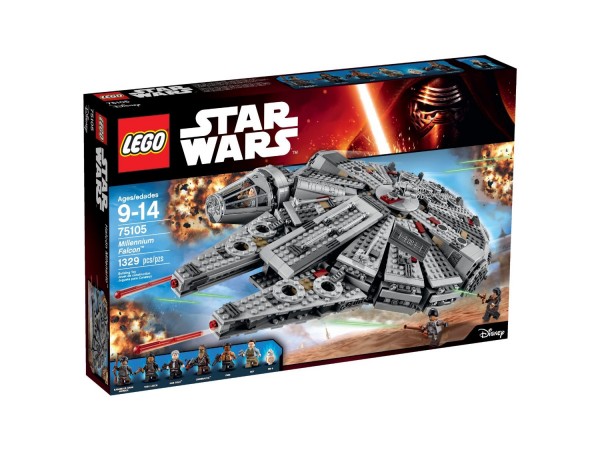