Home Android OxygenOS 10.3.0 Update Is a Boon for OnePlus Users

Most OnePlus 6/6T users have complained that the rollout of Android 10 on their devices hasn’t exactly been smooth. To help make things better, OnePlus has just launched the OxygenOS 10.3.0 for its newer models. The update has been confirmed on the official OnePlus forum. Even if one does not have OxygenOS 10.0.1 on their device, they can directly download and install 10.3.0.

What does the OxygenOS 10.3.0 update bring to its users?

The update fixes an embarrassing issue in which some users experienced automatic reboots. Some users had also complained that lock screen appeared on their screens even after entering their passwords on the phone. The update also brings with it an improvement to the fingerprint unlock feature. Users can also expect seamless Wi-Fi connection to 5GHz.

In addition, users can look forward to faster performance and bug fixes, thanks to which the device’s security is enhanced as well. Most importantly, the device comes with certain design upgrades as well. For instance, the new update comes with a Chromatic effect option. Users can easily change color change and saturation so that readability is enhanced.

Here are the features in brief:

Why OnePlus is a good purchase decision

OnePlus is one of the most popular Android cellphone brands at the moment. It is easily available in most emerging markets, and in the US as well. People have reviewed OnePlus models positively and most seem to be returning customers as well. This point towards high user satisfaction and contentment with device features. However, many OnePlus users had complained that they faced issues due to OxygenOS 10.0.1’s erratic performance.

The new update fixes all these problems and brings with it many new features which are listed above. To experience OxygenOS 10.3.0, customers can go ahead and purchase OnePlus 7 or OnePlus 7 Pro. All new models released after 2018 should be able to run the new OxygenOS 10.3.0 update. 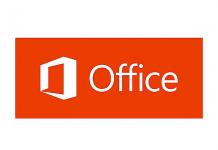