You might have known by now that Internet Explorer 9 would be available later this year and in order to show the community how cool it can actually be, NVIDIA launched a video demo that compares IE9 on an NVIDIA ION Asus’ Eee PC 1201PN and a traditional Atom netbook, which runs on integrated graphics.

NVIDIA used IE9 in order to pimp the Asus’ Eee PC 1201PN as well, apart from doing the demo of IE9. 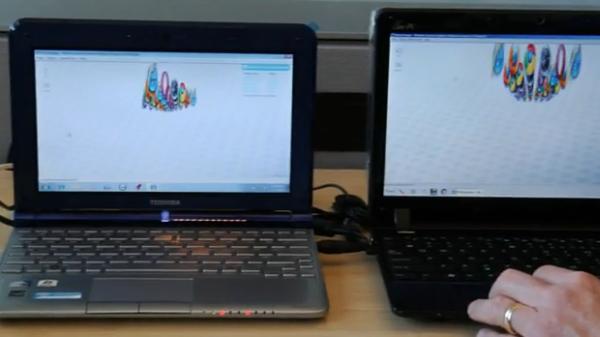 It looks like IE9 would revolutionize simple tasks like surfing on the Internet and also improve security. There are 3 main features of IE9 which would make the world sit up and notice. Here are the major advantages:

By utilizing HTML5, Javascript and Direct 2D technologies, IE9 works really well on the NVIDIA ION netbook, and is thus something to look forward to.  Internet Explorer 9 is still not very popular amongst us all, for we either use Firefox, Chrome or Safari or some will use other Internet Browsers. However, things could surely change once IE9 arrives later this year. Asus’ Eee PC 1201PN would be available later this month. NVIDIA used both the netbook and IE to martek themselves as well,  but we got to see the advantages of IE9.