While the movie “Transformers: Revenge of the Fallen” might have gotten a lot of negative reviews, it was one of the highest grossing films in 2009 and created such a wave in China that custom fabricated replicas are popping up all over the country.

Designed by Steel Legend – the same guy who created the Megatron Tank – these Transformers are created entirely out of scrap metal, proving once again that a great work of art can be made from anything. I’m guessing he works in a junkyard or something because the amount of metal needed to create these replicas is probably mind boggling. Not to mention the amount of time it took for each creation. These aren’t just some cheesy knock-offs that are done in haste, no. These took a lot of time and preparation to get the real-life transformers nearly identical to the CG movies. The attention to detail is ridiculous, and for fans, all of these should be easily identifiable. I’m not even a fan and I was able to figure out almost all the Transformers except one. Now if only they could actually perform the epic battles in real life as well, this would make life complete. Below are images of the Transformers. There is: 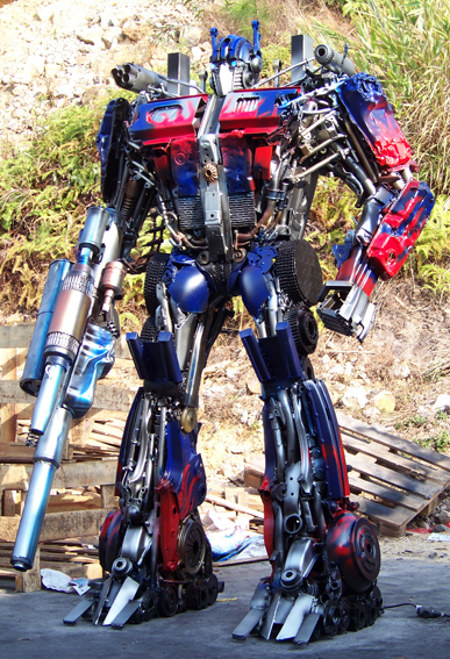 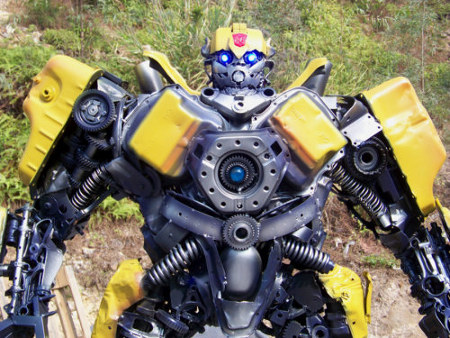 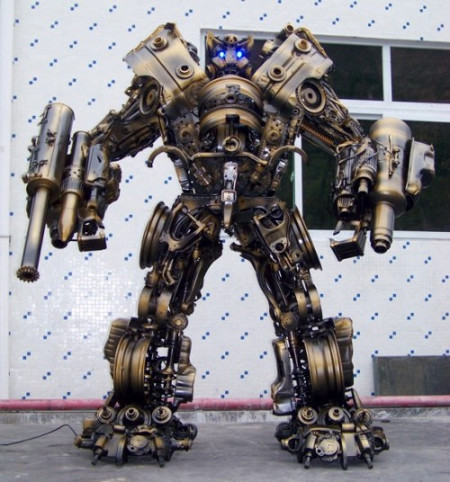 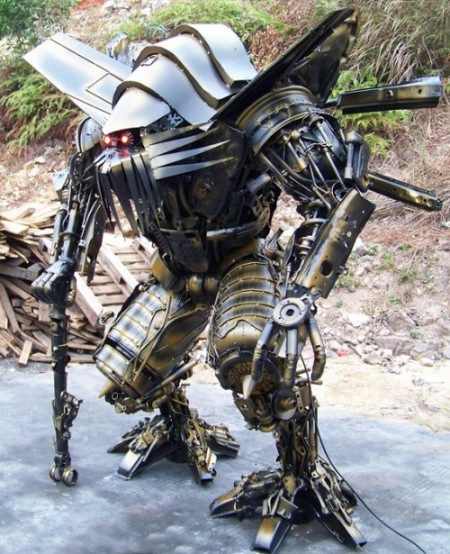 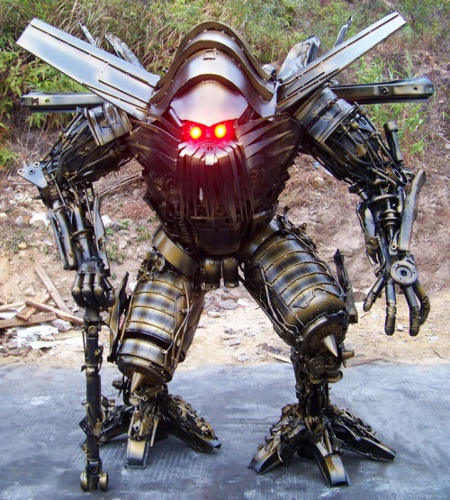 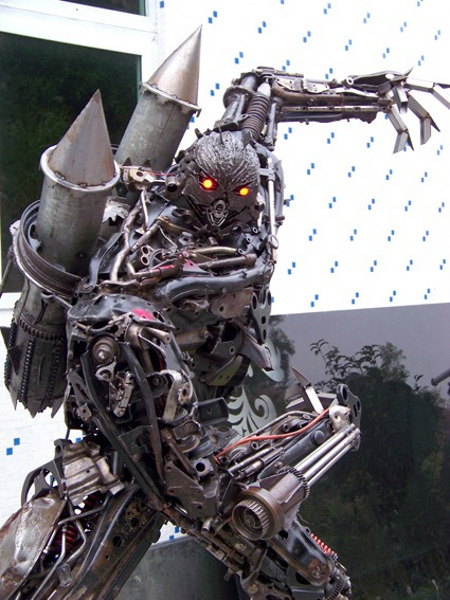 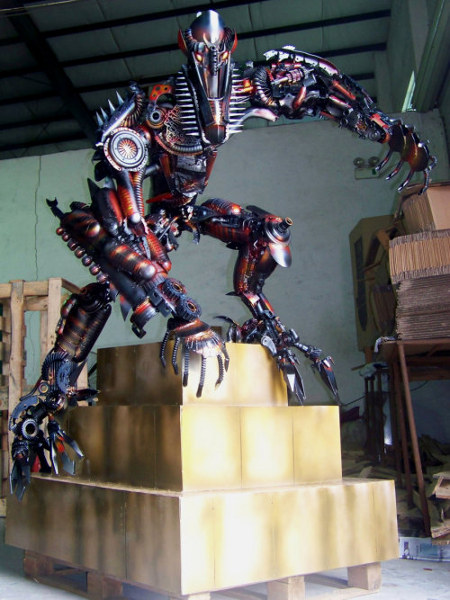 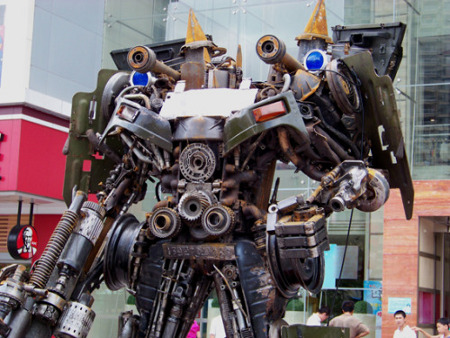 I’m not quite sure who this last one is. I want to say Sideswipe, but the wheels aren’t in the right position nor are the colors right. If there were more of the body to see, it might be easier to confirm the identity.

What’s next for Steel Legend? Well, another “Transformers” movie is coming out soon so he still has a lot of different Autobots and Decepticons to weld. The question here is whether there’s enough steel in China to keep up with his amazing creations. Maybe one day the Allspark will come to Earth and animate these currently inanimate objects. Until that time, these pieces are more installation art than menacing robots.

If you like this, you might also like: 17 Transformer Costume Ideas for Halloween, Transformers: Revenge of the Falled 3D Magnet Collection and  Lego Transformers Characters to Cube Up Your Life.