Star Trek and Steampunk may not go hand in hand together, but an artist named Rabittooth has created some wonderful photos that are Victorian and Steampunk which depict the characters of Star Trek. Star Trek characters look amazingly Steampunk in these pictures thanks to the artist’s superior photo editing techniques. 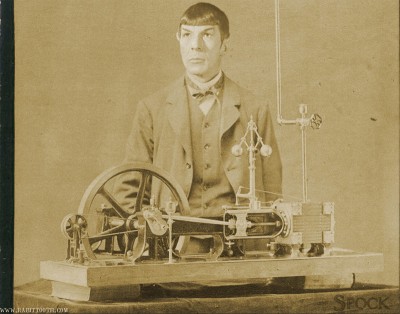 Each character’s role in these images is surprisingly appropriate and they all look in sync with the Victorian times. Spock stands behind a Victorian spinning machine and looks lost in a gaze that is frozen in time. 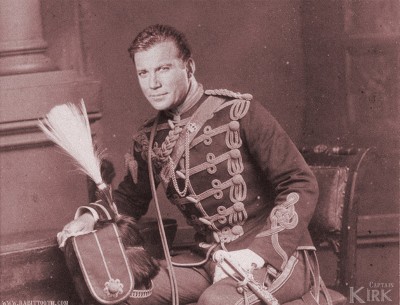 Captain Kirk looks like a charming man in uniform with his gallant expression. 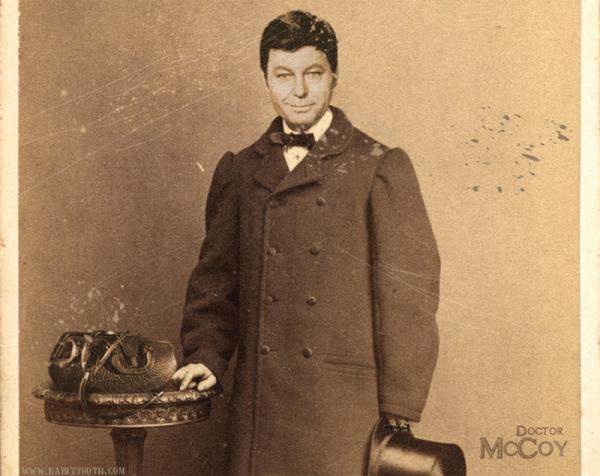 Doctor McCoy looks calm and placid, much like a Victorian doctor on his way to a home call somewhere in a plague infested London of the 19th century. 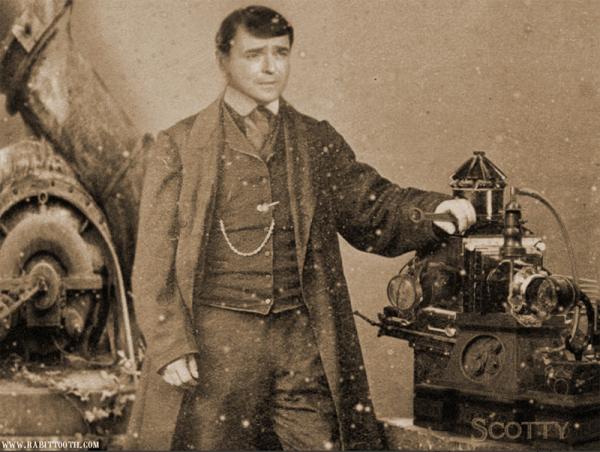 Scotty, or Montgomery Scott does look quite Scottish in his outfit and demeanour in the Steampunk photograph. 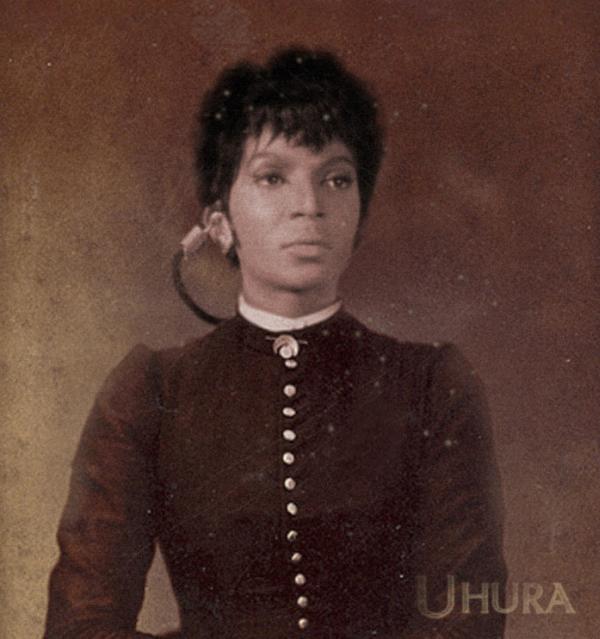 The enigmatic Uhura looks frozen in time too, and seems to be lost in a Steampunk process of thought in which the new has practically no value, but the old is treasured and looked upon with nostalgia and sentiments. 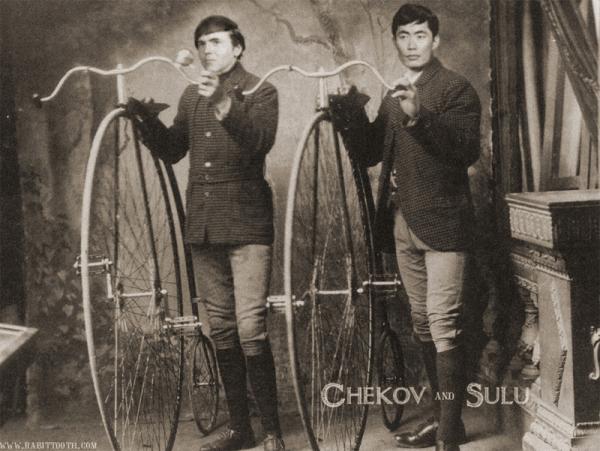 Chekov and Sulu look rather funny with oversized cycles that once again remind you of the Victorian and Industrial age bicycles that were used by English people of those days.

Star Trek has left an indelible legacy on the contemporary culture and Steampunk only highlights the fact that even ideas, characters and entities considered pretty modern slowly become old and vintage, just like Star Trek. You could also take a look at the Star Trek Air Compressed Door. The Star Trek Hot Wheels could be great gifts for your kids this Christmas.

The photographic intervention given to the Star Trek characters tells you a lot about how technology can unite different periods of time in history. While it is almost philosophical, what seems to be yesterday could soon become part of the distant past, just like we would one day be history and “Steampunk” ourselves one day in future.