If you have always thought to yourself “what the world needs is instant hamburgers,” then you are a genius.
Do you remember those capsule toys that they had a few years back? The ones that you would submerge in water and a tiny sponge in the shape of a dinosaur would rip its way out of its puny prison and begin its reign of terror in the tub? Of course you do. 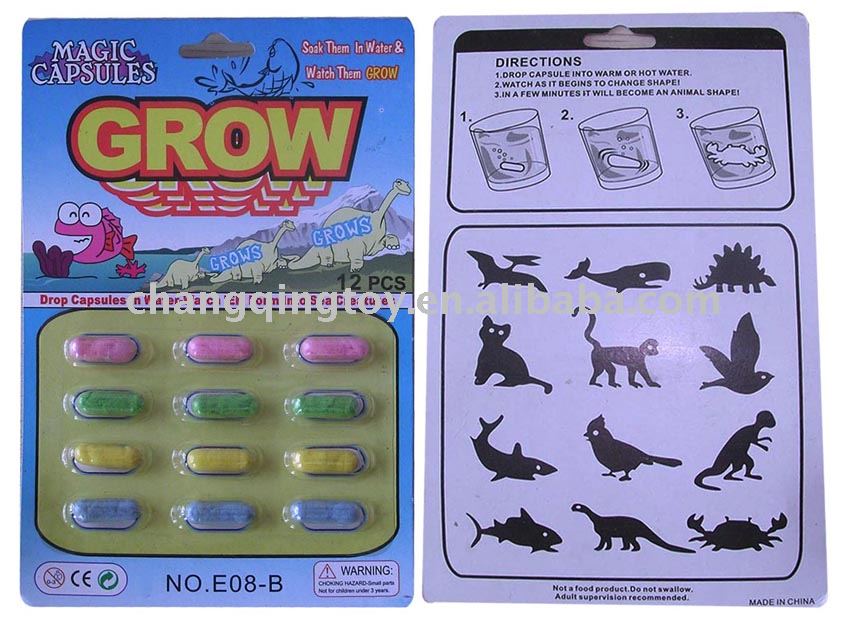 Well, if you are like me, then at some point you have had a strong desire to eat one of those sponges. Sure, the first time it was because I wanted to be a Tyrannosaurus Rex, therefore I had to eat another dinosaur. After all, it’s in the T-Rex initiation handbook. Mandatory.

And the second time might have been an accident because I thought it was a vitamin, but when I realized that they made me feel really, really full, the third and fourth time might have been so I could fit into my miniature R2D2 dress. Which may have been when the doctors and therapists made me promise to stop buying them, and then distributed my picture to all retailers because they knew that I wasn’t going to stop because they couldn’t tell me what to do. I’m a grown woman for god’s sake. I can do what I want. Hypothetically, of course. 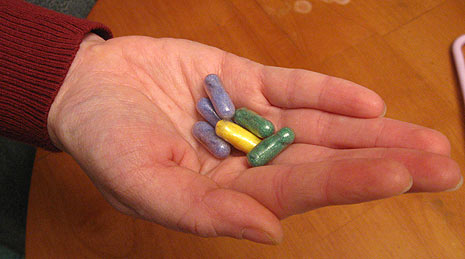 Anyway, if you have, then you’ll be pleased to know that they now have something kind of similar in edible form. Sure, it doesn’t come in a capsule, but all you have to do is add water, and it looks a lot like a sponge, so I’m going to declare that it’s the exact same thing. What am I talking about? Happy Kitchen Hamburgers, of course!

These delicious creations are powdered junk food, because what fast food is really missing is the DIY factor. For approximately $5 you too can create your own franken-burger and fries, which supposedly will put a smile on your face and a feeling of utter emptiness in your soul. So if you want to eat a sponge without receiving the looks of judgement and contempt from hospital staff, then buy one of these Happy Kitchen Hamburger kits, and get your sponge on.