Of all the characters from the original Street Fighter games, Ryu has to be one of the most memorable. While I am not entirely sure why, I have to admit this cuter iteration of him, an Evil Ryu Dunny customization, looks really awesome. As you can see, “Evil” Ryu has his very own black getup, although it looks like someone managed to get a good shot in on his right eye. Still, if his facial expression is any indication, he isn’t ready to give up just yet. No one can stop the defiant cuteness of evil Ryu, and to think otherwise will be the last mistake you will ever make. I would love to see a full line of Street Fighter Dunnies. You could even line up the characters from the latest Capcom Vs. Marvel game and make one hell of a lineup. Some Marvel heroes would look good in Dunny form, especially the likes of Wolverine or Iron Man. 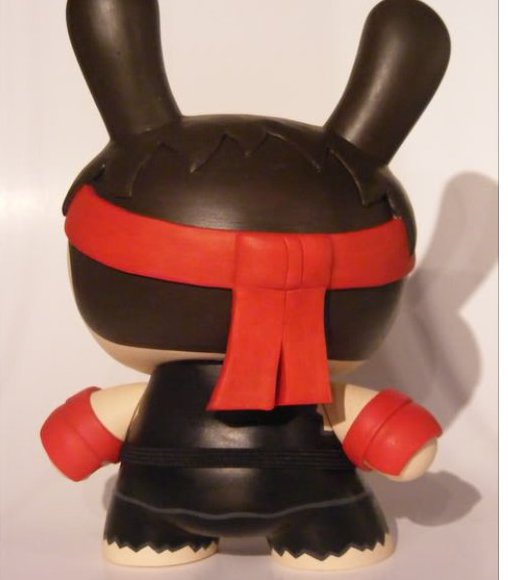 Now, if you’re in the mood for some other Street Fighter goodies, you have come to the right place. It seems that just about everything you can think of needs to be “Tron-ified” these days, and Street Fighter is no exception. The neon style of the movies was applied to the game in order to make some sweet Street Fighter Tron-style art. If someone could make a full length cinematic of a Street Fighter fight in the TRON universe, I would love them forever. Just don’t tell my wife. Alternatively, maybe you prefer the old school style of Street Fighter. If so, you can get down with some minimalist Street Fighter Art. Nothing look a good old fashioned duel between Ken and Ryu, am I right?